Mercury Jets offers private jet charter services to and from Catania, Italy. We like providing as much flexibility as we possibly can, which is precisely why we grant you unlimited access to the wide range of private aircraft you can find in the world. Catania is served by three airports within 50 miles of the city including Catania Fontanarossa Airport (CTA), Sigonella Airport (NSY) and Reggio Calabria Airport (REG). The most popular jets include large jets (Falcon 2000 and Challenger 604), midsize jets (Falcon 20, Learjet 60 and Hawker 800 XP) and light jets (Citation Bravo, Citation CJ2+, Premier IA and Piaggio Avanti).

About Catania and Places to See

Catania is the capital of the Catania Province and seaport situated in eastern Sicily, Italy on the Gulf of Catania, and an inlet of the Ionian Sea. Catania lies at the foot of Mount Etna, Europe’s highest and most active volcano, which can be seen from all over the city. Catania is also the second-largest city of Sicily and one of the major economic, transportation, touristic and educational centers in the island. Nicknamed the “European Silicon Valley”, Catania is well known throughout Europe as an important centre of the technological industry. Catania’ Mediterranean climate, crystal clear sea of the Ionian coast, rich history, unique historical, cultural and archeological heritage, great cuisine, warm hospitality and dynamic lifestyle, attracts tourists from all over the world. The most famous places of interest are the Cavour Square, Cathedral Square, Benedictine Monastery, Ursino Castle, Greek-Roman Theater, Biscari Palace, Chapel of Sant’Agatha, Giovanni Verga’s House Museum, and much more. Catania has a well developed system of transportation that provides easy access to the city and its surrounding area. The nearby cities are Messina, Taormina, Syracuse, Piazza Armerina, Agrigento, and Paterno that can be visited on a day trip from Catania. 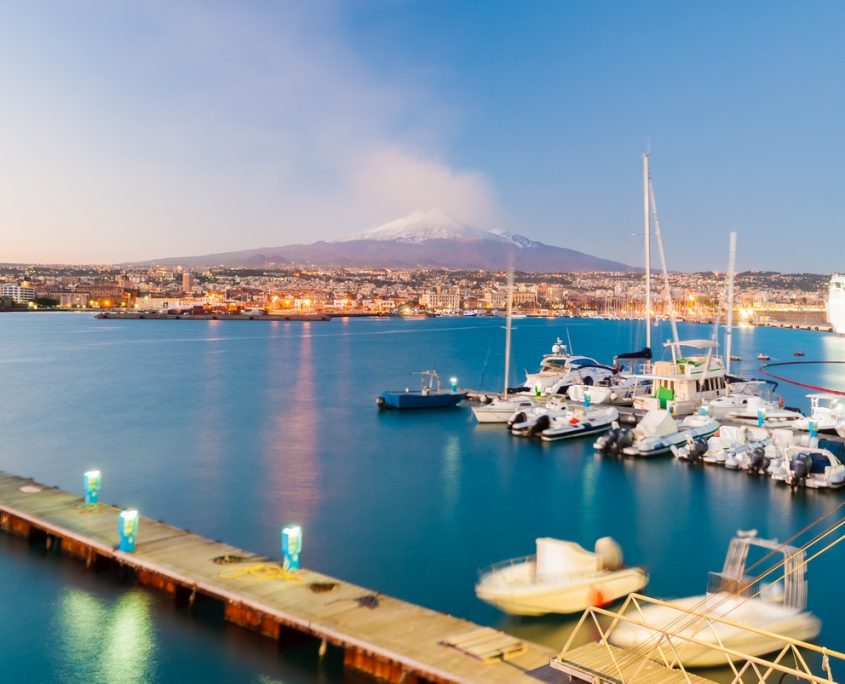