Mercury Jets handles private jet charter flights to and from Lucerne, Switzerland. Having access to 10 airports within 50 miles, Lucerne is easy to travel to and from. It’s served by three airports situated within just ten miles such as Buochs Airport (BXO), Emmen Airport (EML), Alpnach Airport (LSMA). The most popular aircraft types are light jets including Citation CJ3, Premier I and Piaggio Avanti II, midsize jets including Learjet 60, Gulfstream G150 and Hawker 800 XP and large jets including Challenger 604, Legacy 600 and Falcon 900 EX Easy.

About Lucerne and Things to Do

Located on the western shore of Lake Lucerne, Lucerne is a small and picturesque city in Central Switzerland. It is rich in culture and history, and is one of Europe’s most fascinating cities, which has beautiful lakes, alpine villages picturesque mountains, and much more. The Old Town of Lucerne is amongst most attractive in Switzerland. It is a home to many hotels, buildings, houses cobbled streets, and outdoor shops. Lucerne’s most famous tourist attraction is the Chapel Bridge that is city’s symbol, which still retains much that same as it did when it was built in 1333 as a part of the city’s fortifications. Lucerne has easy access to such nearby towns as Weggis, the capital city of Bern, Stans, Hergiswil, Kastanienbaum, and Hildisrieden. Lucerne is served by Lucerne Emmen Airport (EML), Zurich International Airport (ZRH), and Bern-Belp Airport (BRN). 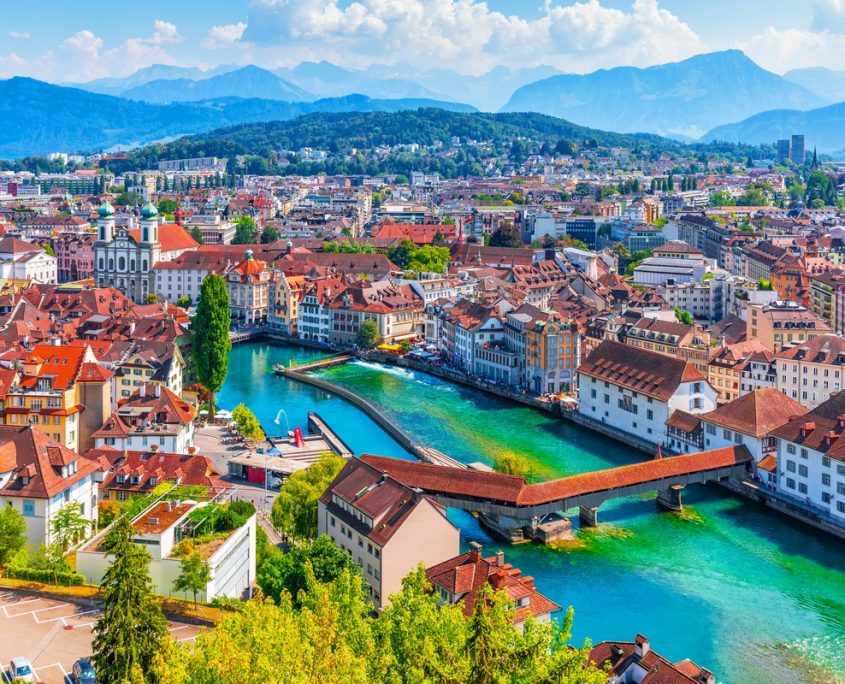